Summertime and swimming go together like birthday cake and candles, new magazines and a latte, Lauryn Hill and a running playlist… basically we can’t imagine one without the other. Just give us a sunhat, some sunscreen, a pair of floaties for our little ones, and we’re happy. Speaking of little ones and water, all the Instagramming of beaches and pools made us think it’d be good to learn more about the essentials of swimming for babies and toddlers. We’ve asked two of New York City’s best swim instructors to share their knowledge with us, and have also came up with a short list of lesson options in Paris, London, and Hong Kong. (And would love to hear your suggestions too!)

So our first big question was “Just how early can babies start swimming lessons anyway?”  Brendan O’Melveny, director of Imagine Swimming’s “Parent & Me” program says, “We start at 6 months at Imagine Swimming, but in the future we may start even earlier. Babies are not born with any fear of the water, so it’s best to start swimming before they have a chance to learn that kind of fear.” And in addition to starting lessons young, it’s also important to keep attending them regularly. Says Brendan, “When babies start early and attend lessons consistently, the water becomes a familiar, relaxing environment, which makes learning to swim so much easier for them.”

Which naturally led to us wonder what sort of skills such young students can learn–especially when they’re still a bit wobbly on dry land. Jodi Roberts, a private swim instructor in New York City and the Hamptons, explained that learning skills like back floats, blowing bubbles, or how to paddle from one adult to another is all individual and depends on the parent, instructor, and baby: “I’ve had some babies who eagerly and happily swim from one grown-up to the next, but who aren’t thrilled to float on their back in their parent’s arms, and vice versa.” Other skills include ever-important lessons in water safety: “We teach them breath control so that they can safely go underwater,” says Brendan, as well as “floating and rotation skills, and safety skills including how to safely enter and exit a swimming pool.” Jodi also pointed out that swimming isn’t just a sport, but a basic life skill. And the sooner kids learn, the better– a 2009 study that Brendan shared “showed that early swimming lessons reduce the risk of drowning for children aged 1 to 4 years by 88%.”

So while swimming lessons may be a necessity, that doesn’t mean they can’t also be a good time. Jodi let us sit in on a lesson with Sydney, a fearless and possibly part-mermaid two year old, and it was easy to see why Jodi’s students adore her– something that no doubt contributes to their love for the water. Jodi’s lessons are structured but fun (Sydney chose songs from Frozen as our soundtrack, naturally): “I do a lot of skill based games, so I’m able to not only keep little babies and older children engaged, but also constantly working on their swimming. It’s a happy and fun time as they’re learning.”

So whether your little one is in a group class or private lesson, you can rest easy knowing that they’re not only being taught an incredibly valuable skill, they’re also probably having A LOT of fun. And the icing on the cake? You’re setting them up to be pretty darn smart and confident. Says Brendan: “Studies also attribute many cognitive, social, and emotional benefits to early swimming, including greater intelligence, improved self discipline, and increased self confidence.” We’ll see you all in the water! 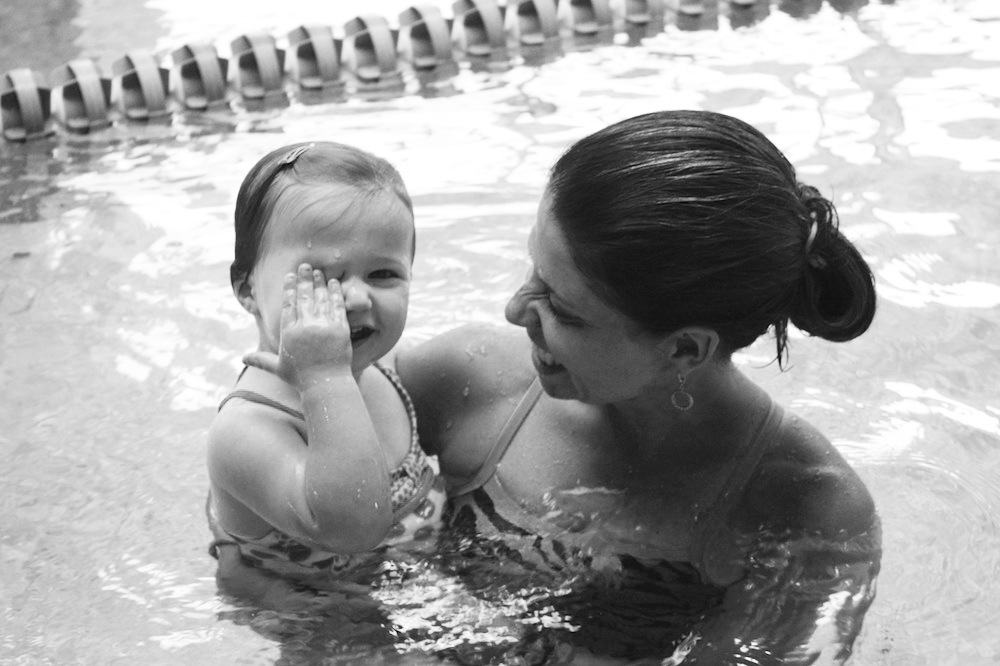 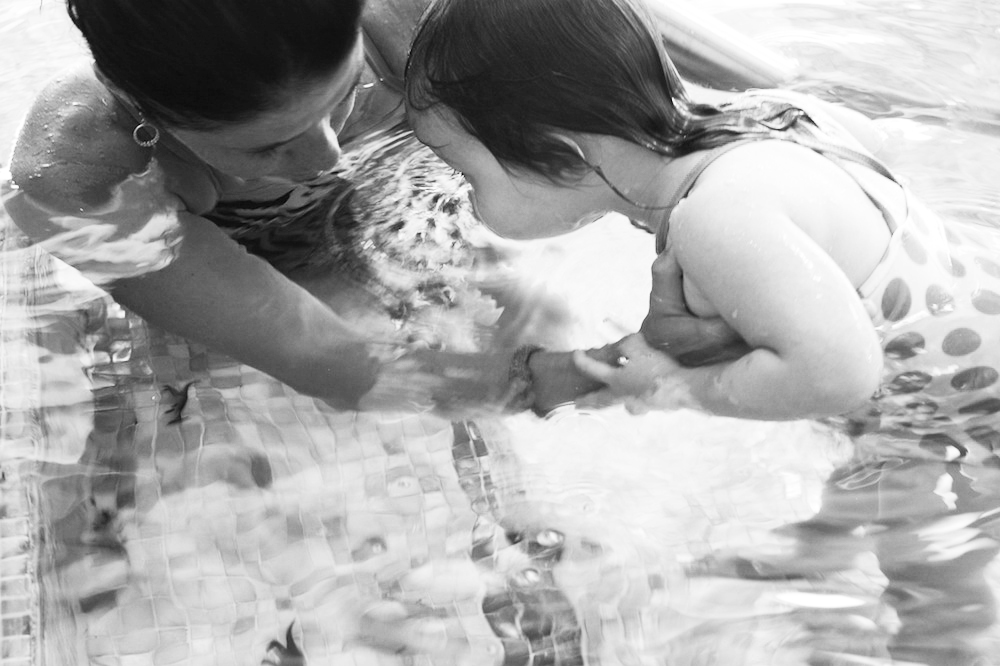 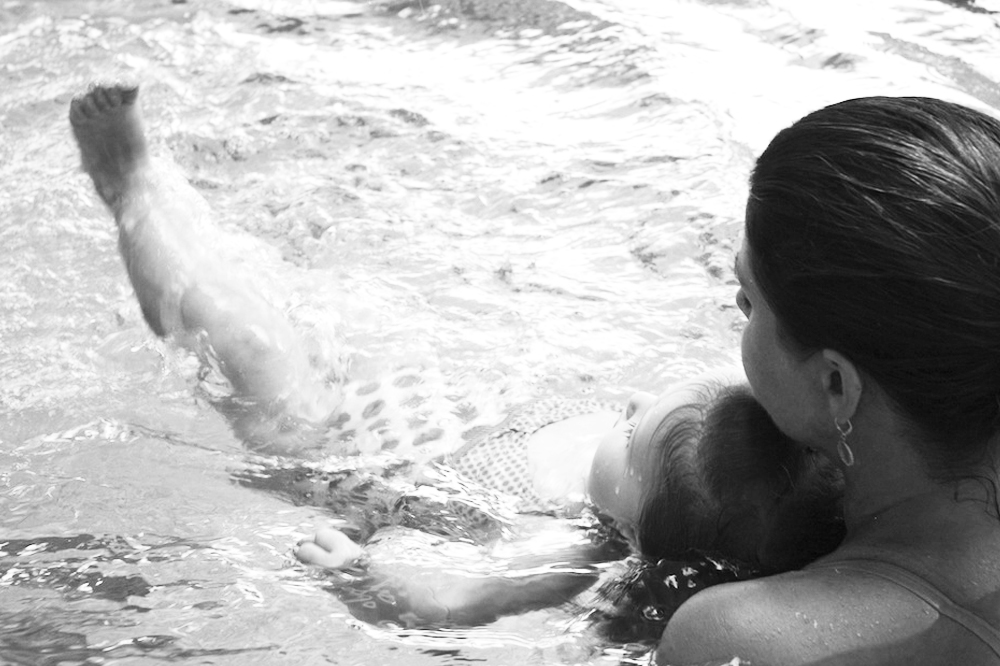 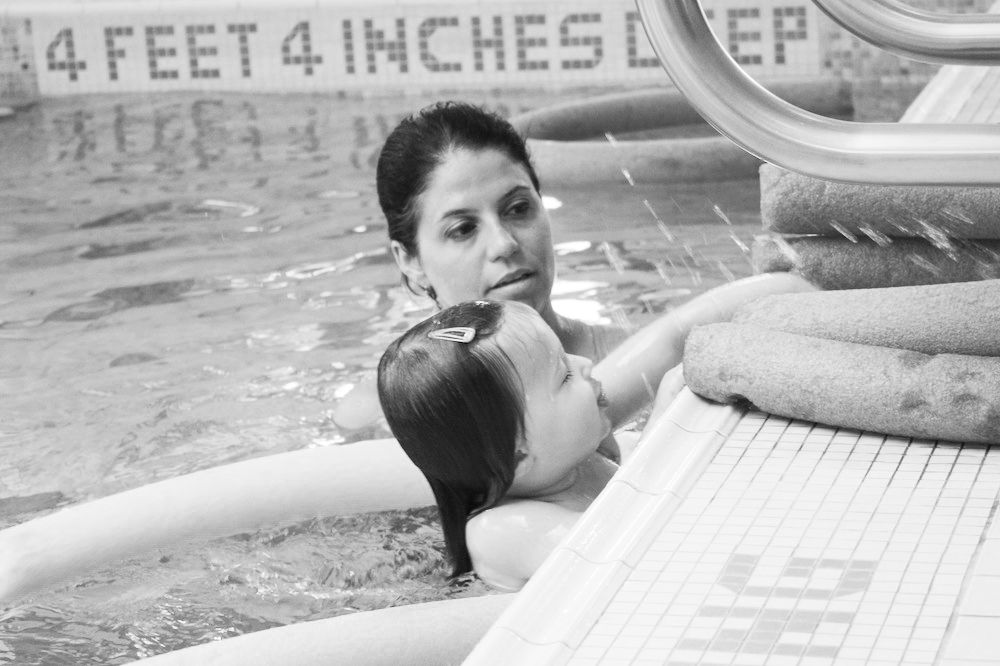 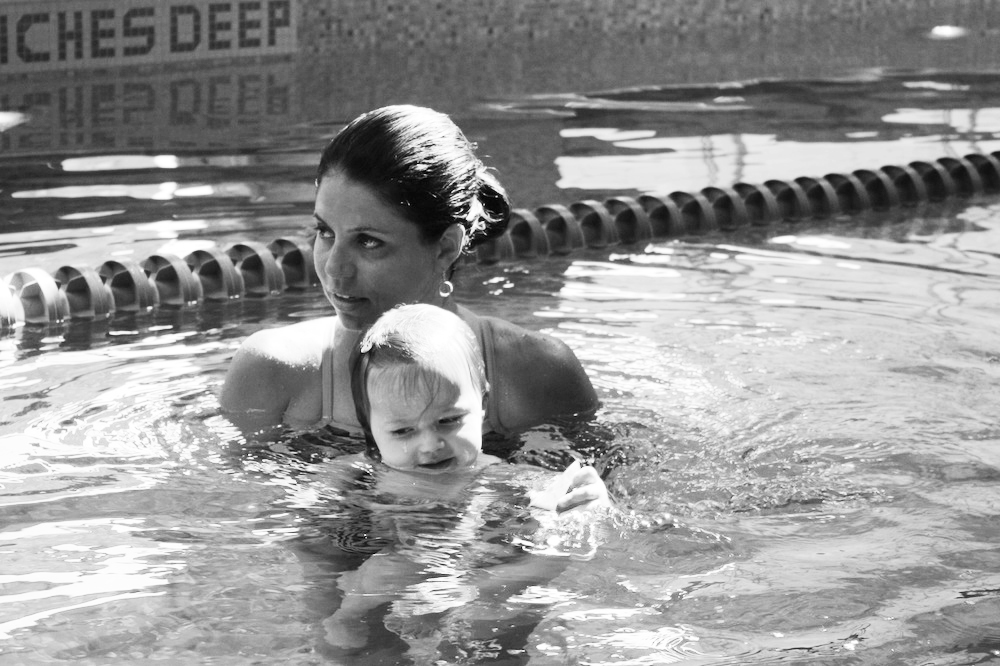 FLASHBACK OF THE WEEK:GRACE AND CAROLINE,1961

One Of A Kind