Henry Walker woke up one morning and was all tangled up in his blankets. He simply couldn’t get free. If he tried to pull his left leg out of the duvet, it tightened up around his right arm. When he tried to sit up, he tumbled straight down to the floor landing with a big, fluffy thump.

But his mother didn’t come.

“MAMA!” he yelled even louder.

But she still didn’t come.

He would just have to figure out how to get out of the blanket by himself. He imagined he was a caterpillar and slithered right out of his duvet-cocoon.

That was easy, he thought, and walked out of his room.

On his way down the hallway, he stubbed his toe on a stack of books his little sister had left on the floor.

“Ow! That hurt! Moooooooooom! Where are you?” he yelled.

Henry Walker was not very pleased. He could feel his eyebrows pulling themselves closer together and the corners of his mouth beginning to turn downwards.

“I’m in the kitchen making pancakes, honey!” he heard his mother call.

Pancakes! Henry Walker loved pancakes. Especially blueberry pancakes. He felt his eyebrows lift up and the corners of this mouth twitch upward.

“Hi, Mama,” he said as he walked into the kitchen. He could hear the butter sizzling on the pan.

“Hi, honey. Would you like a glass of milk?” she asked Henry Walker.

“Well, how about a glass of milk and then some juice when you are finished?” said his mother.

“No. I want juice right now!” he demanded and stomped one foot on the floor.

“Excuse me,” said his mother, “Is that how you ask for things? You may have milk and then some juice.”

“Fine,” he said and grumpily sat down in his chair.

His Mama put a glass of milk and two pancakes in front of him. The pancakes did not have blueberries in them.

Henry Walker’s eyebrows were nearly touching each other by now.

“I DO NOT WANT THESE PANCAKES. I WANT BLUEBERRY PANCAKES!” he yelled and then, looking at his little sister with her cheeks full of pancakes and a cup of milk in her hand, Henry Walker pulled his arm back as far as it would go and flung it right across the kitchen table, knocking his sister’s hand and flinging her cup right across the entire length of the kitchen. It landed with a SMASH right on the kitchen floor. Little drops of milk were everywhere. Unfortunately, this didn’t make Henry Walker feel any better. And when he looked at his mother, he saw that her eyebrows were now nearly touching each other as well.

“HENRY WALKER! WHAT ON EARTH DID YOU DO THAT FOR?” her voice boomed.

His eyes widened. She didn’t know that he had gotten stuck in bed and she hadn’t rescued him. That he stubbed his big toe on his little sister’s books. That he wanted blueberries in his pancakes. She didn’t even care that he wanted juice!

Henry Walker let out a wail that sounded like it came from a wolf. Not a baby wolf, but a big, hairy, angry, hungry daddy wolf.

Henry Walker’s mother straightened her back; her eyes became as wide as full moons…

“You stay right here,” she told him. And of course, Henry Walker followed her.

Henry Walker’s mother opened the front door and what stood before her Henry Walker had never before seen in his life.

It was some kind of a… thing. Not a person, not an animal, just a big, orange- pink-grey haired, super-tall thing with gigantic feet and arms so long that they dragged on the floor next to him as he WALKED INTO THEIR HOUSE!

Henry Walker took a step back. So did his mother.

“Hello, there,” the thing said, friendly enough. He had a scratchy voice. “I’m the Big Bad Mood.”

“Oh, yes. I’m not surprised to see you,” said Henry Walker’s mother and she walked back into the kitchen leaving the Big Bad Mood alone with Henry Walker.

The Big Bad Mood nodded at Henry Walker and then plopped himself down on the sofa and began reading Henry Walker’s favorite book. When he was done with it, he ate it.

Henry Walker didn’t like this one bit. In fact, it made him very, very cross indeed. But what could he say to that big, hairy thing? He simply let his eyebrows do the talking. Henry Walker decided it would be wise to run to his bedroom to hide all of his favorite toys. In no time, the Big Bad Mood was right there, walking into his room, dragging his long, hairy arms behind him. He didn’t say a word, he just watched Henry Walker gathering his toys.

“That the Big Bad Mood only comes to visit when you are angry. When you are mad. When you feel like nothing is going the way it should be… He only comes when you are in a big, bad mood. So, if you want him to leave, you need to figure out a way to get rid of your unhappy feelings.”

“How am I supposed to do that with him right here, hanging around?” he asked his mother, but she was already gone.

The Big Bad Mood was now lying on Henry Walker’s bed, his head propped up on the ball of fur he had deposited there. He looked as though he might fall asleep. Henry Walker was worried as he watched the Big Bad Mood’s eyes slowly close.

When they were finished, his sister showed him her belly button. He pressed it with his finger and she giggled. She sounded like a little baby monkey and this made Henry Walker giggled too.

Then his little sister asked, in her baby way, if he wanted to race the little cars he had built the night before. He certainly did. They raced and raced, and do you know what? Henry Walker’s car kept winning! He even tried to crash it once so his sister’s car would win, but his car still won!

Henry Walker was feeling lucky. Suddenly, he remembered the Big Bad Mood asleep on his bed. He told his little sister to stay where she was and ran to his bedroom to have a peek in the door. But the Big Bad Mood was nowhere to be found. He looked on his bed for the ball of orange-pink-grey fur, but there was not trace of it. Not one, single, fuzzy hair.

He ran to the kitchen to see if his mother had seen him. She said she had not.

The Big Bad Mood was gone.

Henry Walker thought about his eyebrows. There was plenty of space between them. He felt the edges of his mouth. They were pointing slightly upward. He took a deep breath. He felt happy inside.

He ran to the kitchen to tell his mother he was sorry that he had stomped his foot, yelled, screamed and knocked over his sister’s cup. Basically, he was sorry for being in a big, bad mood.

After that day, Henry Walker never saw the Big Bad Mood again. Sure, he stomped his feet every once in a while, he even threw a few toys, and once, a piece of cheese, but he never let himself get so mad that his eyebrows touched each other ever again. If he felt them getting closer and closer, he took a deep breath and remembered his sister’s silly monkey giggle and he could actually feel his eyebrows snap right back into place.

The Big Bad Mood could go bother someone else. 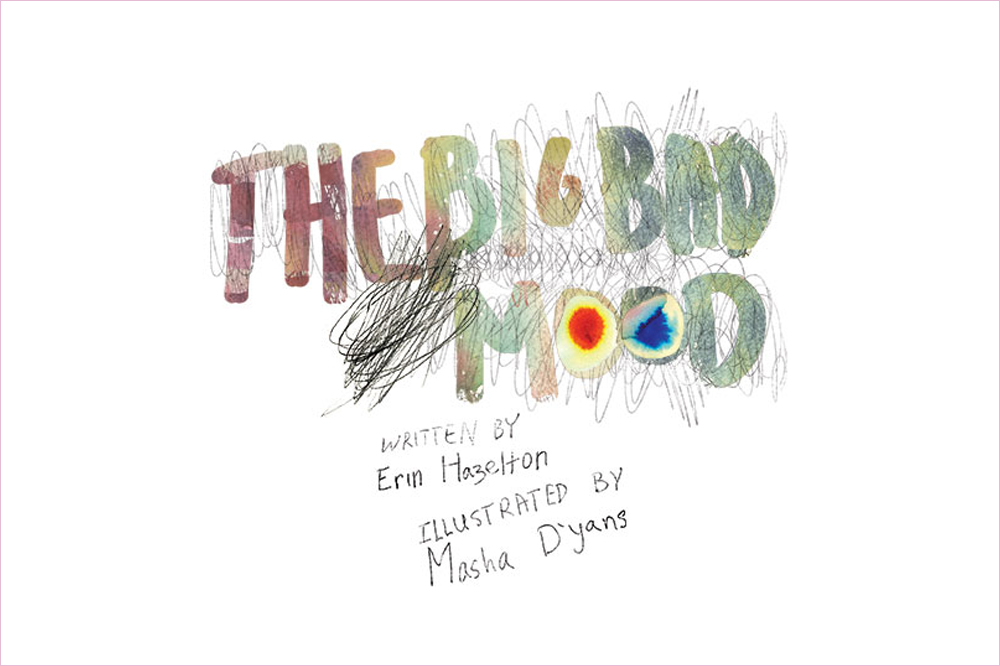 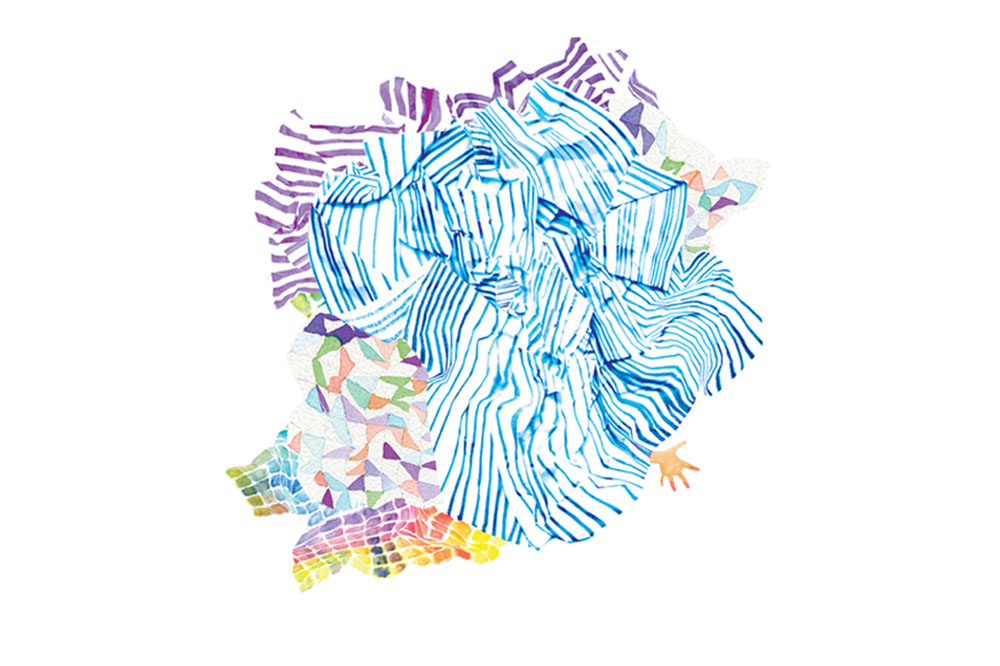 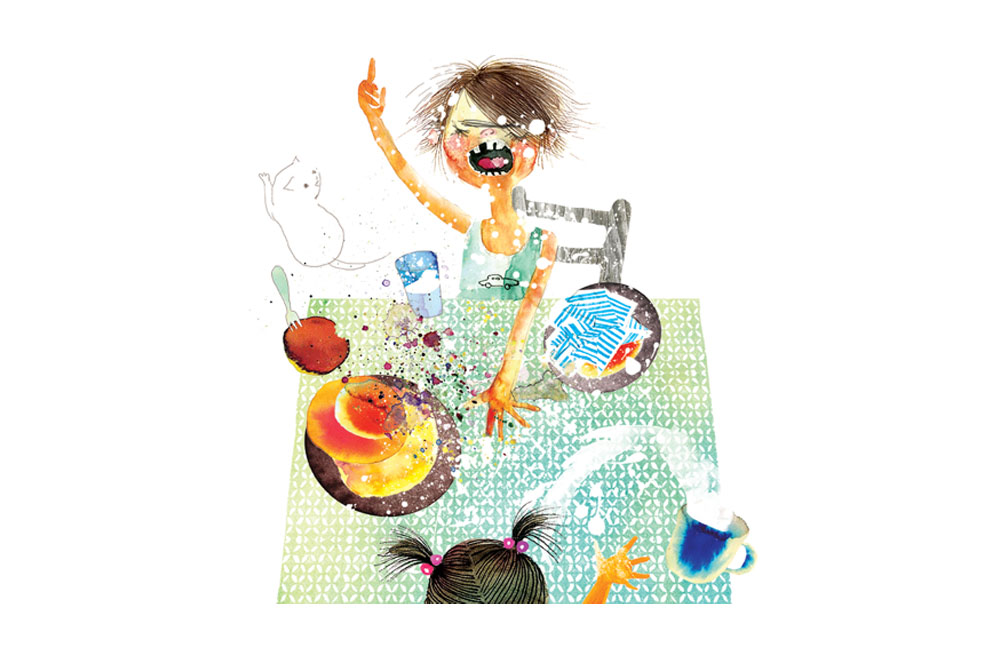 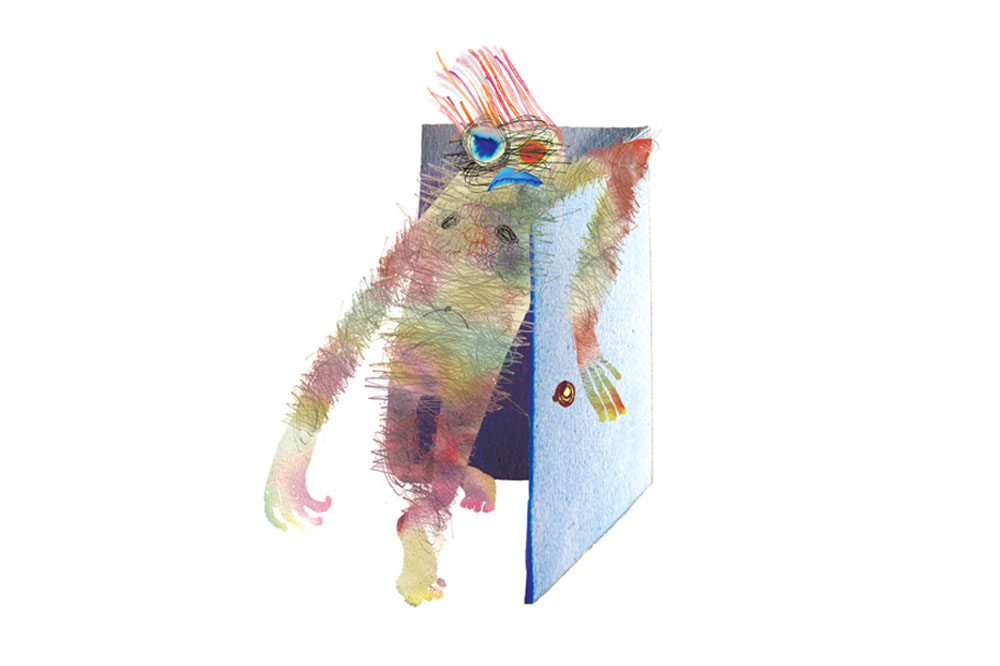 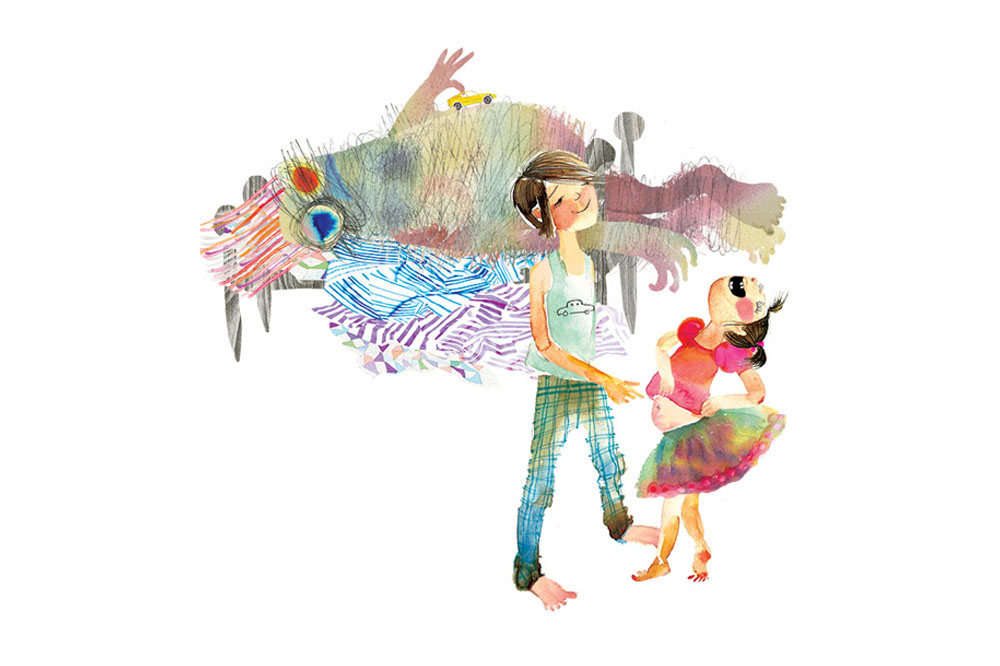 FLASHBACK OF THE WEEK: YOUNG NASTASSJA KINSKI WITH HER DOG